An alternative take on the constant debate around bitcoin's energy usage. 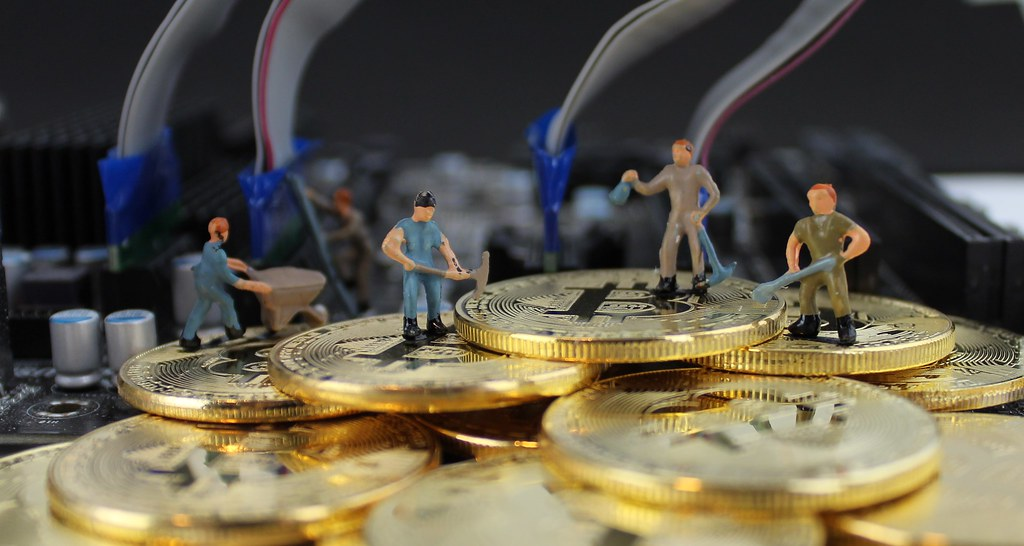 Bitcoin’s carbon footprint has been one of the most prominent fault lines in the constant debate between its critics and supporters - and generally between mainstream vs the modern cypherpunk. The New Yorker vs the medium blogger. Decentralizer vs recentralizer.

That means arguments are often unnecessarily political and emotional as opposed to rational, and that’s a problem.

This criticism is often listed off with other criticisms such as the coin’s role in illegal activity, its price volatility, and its low transaction throughput. The debate isn’t around bitcoin’s energy usage but whether bitcoin deserves resources from our society in the first place.

Lyn Alden  and Nic Carter pointed out that we never debate the energy usage of air conditioners or cruise ships or Christmas lights because their value is obvious and agreed upon. Yet we struggle to justify bitcoin’s energy consumption because we aren’t 100% clear on its value and impact on society.

I won’t try to match bitcoin’s cost to value here, but I will remind everyone of one thing: bitcoin, riding on the zeitgeist of decentralization which underpins its success, launched a new form of social, financial, and governmental order. In terms of ESG, it probably has more S and G than Christmas lights and cruise ships combined.

Those who condemn bitcoin point out the network uses more energy than Argentina at about 130 TWh annually. This seems like a lot for something that’s only on the internet, until you realize the value of all mined bitcoin ($940B) exceeds the GDP of the next two bigger energy consumers Ukraine and Sweden combined.

And that if estimates of 1 dollar costing 1.5 kWh are true (derived from data of the EIA and World Bank), the 2008 financial crisis in the US alone, orchestrated on top of centralized banking and fiat currency, caused over 16,000 TWh worth of dollars to be destroyed.

And that if bitcoin softens recessions by even 2% or automates a fraction of the finance industry, whose carbon footprint is an order of magnitude larger than that of bitcoin, it can even be net-negative.

In those perspectives, 130 TWh per annum seems a small price to pay for kickstarting what could easily be the greatest financial revolution of the 21st century.

Crypto 101 trends you should know about

When political good-doers and CER fanatics trying to cancel bitcoin due to the proof-of-work (PoW) process, wherein specialized hardware is used to solve mathematical puzzles designed to be only solvable through computation, it exposes their lack of understanding of cryptocurrencies. Some say bitcoin’s energy expenditure is wasted because it can’t be used by ‘important things’ like factories, electric cars, or homes, even if it is from renewable sources.

But electricity is the price we pay for security of the bitcoin network. More electricity expended in the mining process means more difficulty manipulating the blockchain. It's the only reason it works as a global monetary system. It was also the only choice for securing the network at the time of bitcoin’s origin because proof-of-stake, a modern alternative approach that networks like Ethereum are switching to, didn’t exist yet. Some tokens are launched using airdrops and ICOs, but these inevitably lead to bad distributions and centralized ownership.

Let’s compare that to the United States dollar. What did it cost to establish its security as a global denominator of value after the gold standard’s demise in the 1970s and allow the U.S. to maintain global economic hegemony since?

Human lives in the Middle East. It’s no secret that the dollar’s denomination of oil prices and its accompanied elevation to the global reserve currency was a costly, multi-decade process.

Not to mention fossil fuels - the U.S. military is the largest consumer of oil in the world. As Jason Lowery put, what it takes to secure the petrodollar is more than an electricity bill and some code. Those that argue bitcoin mining is throwing away power that could’ve been used elsewhere don’t understand how proof-of-work networks function. Electricity is security.

Another key fact is that the block reward - the amount of bitcoins you get when you mine a new block - halves roughly every four years. That means there’s a limit to how many bitcoins there will ever be, and as of February 2022 we’re 90% there.

That means miners will increasingly rely on the other revenue stream to stay profitable: transaction fees of using the network. Nobody is certain what this means for the future of bitcoin but most experts agree a fee-based revenue stream will decrease its overall carbon footprint as miners are forced to recycle equipment and exploit cheaper more intermittent energy like hydropower to remain profitable. Some even argue narrower margins will threaten the security of the bitcoin network as there won’t be enough miners and electricity being applied.

The debate around specialized crypto mining machines (ASICs) is also changing. A concept called ‘lifecycle mining’ is gaining steam, in which aging mining hardware is run by cheaper, lower-uptime renewable sources of energy. Miners are maintaining margins by turning to renewables rather than plugging new hardware into high-uptime, dirty grids to maximize their usage before obsolescence. This is because the ASIC development cycle is slowing down as physical limits of transistors are approaching and the chip industry can no longer support the release of new models every two years. Not only does this increase the percentage of clean energy used in mining, it also minimizes the waste caused by producing and recycling ASICs.

The future is still very open. Bitcoin played an important role in kick starting a movement, and we’ll probably see far cleaner cryptocurrencies or layer 2 solutions built on top of bitcoin as that movement continues.

Bitcoin mining isn’t as dirty as you think.

The Cambridge Center for Alternative Finance has shown that 39% of bitcoin’s energy usage comes from renewables and 76% of miners use renewables in some way.

But that will increase as renewables are deployed more. Recall that wind, solar, and hydro are intermittent energy sources; the sun doesn’t shine at night, the wind doesn’t always blow, and rivers change with the seasons. And not only is the supply side patchy, but demand isn’t always constant either. Combine that fact with grid congestion from limited transmission throughput from windy or sunny areas to urban ones and our limited capacity for energy storage and you have a problem that makes spending big bucks on clean energy sources a lot less inviting.

Bitcoin miners might be a solution. They optimize for one variable: cheapest price per MWh, making their behavior easy to predict and control with the right tax incentives. For a long time, the Sichuan province of China was the world’s foremost mining hub for it’s rock-bottom prices for hydroelectricity that resulted from the region’s flood season that lasts half a year. The excess couldn’t be transported to urban areas because of grid limitations, meaning miners used electricity that nobody else could.

But if fossil fuels produce cheaper electricity, that’s what miners will use. In the winters many miners of Sichuan would move North relying on coal. Nic Carter compared miners’ behavior to water on a topographical map in how it will always flow to the lowest points, regardless of how clean their electricity is or where the point is geographically.

Bitcoin is a battery

Iceland has way too much clean electricity for them to use. So how do they export it?

Smelting metals is an extremely energy-intensive process yet the final product is dense in embodied energy and easy to transport.

In the same way, Nick Grossmann, Square, and others argue that bitcoin can act as an ‘economic battery,’ using excess energy to produce economic value in the form of increased network security and tokens, which are even easier to transport globally than aluminum. That value can be reinvested in creating more renewables.

One feature that distinguishes miners from other energy consumers is their flexibility in location. As we saw in China, it’s possible to move operations multiple times a year to exploit cheap energy. Mining centers don’t have to be near civilization, either. They can be right next to wherever the cleanest, cheapest energy is, whether that’s a dam, solar panel field in the desert, or turbine field on the coast. They also have a higher tolerance for grid downtime than data centers or urban areas and can easily vary their own energy consumption to match the needs of the grid.

All of these features make miners ideal ‘buyers of last resort,’ highly flexible consumers who can buy energy from suppliers even when the mainstream grid is saturated. This creates a smoothing effect on renewable energy markets which are inherently unstable, an issue some environmentalists try to overlook, turning excess into economic value and dialing back operations when it’s needed elsewhere.

Can bitcoin even be net-negative?

Bitcoin mining can make renewable energy projects more economical in a few ways. First, mining rewards can offset the high cost of deploying renewables in developing areas by providing an immediate, undiscriminating customer for the energy produced. Second, new producers can sell electricity behind-the-meter during the multi-year regulatory process of connecting their facilities to the grid. The state of Texas alone has about 100 GW of renewables in queue waiting only on approval to be used on the grid. As mentioned in the previous section, mining also limits excess energy waste.

That’s not the only source of energy that’s being wasted. Remember those miners who were kicked out of Sichuan because the government deemed crypto too volatile? Guess where they went.

Texas. Why? Because of flaring, which is when fossil fuel producers purposefully burn excess natural gas and methane that can’t be transported. The IEA reports that about 750 TWh worth of natural gas was flared in 2020, nearly 6x the energy consumption of the whole bitcoin network. Because society isn’t ready to wean itself of fossil fuels, and flaring is difficult to avoid given continued extraction, Steve Barbour of Upstream Data first determined that bitcoin mining is a perfect candidate to offload this otherwise wasted energy.

These aren’t just far-off propositions, either. Companies like Crusoe are actively working on applying flared-gas energy to mining. Thinkers across tech are talking about it. Even Ted Cruz. Ark Invest proposed a model of nomadic miners bouncing between renewable development sites. Square, Blockstream, Giga Energy, Great American Mining, Nakamotor Partners, and Norwegian energy giant Aker are all taking steps to integrate crypto mining into their businesses. The state of Wyoming recently exempted taxes on the flared-gas approach.

Some of these arguments seem like pie-in-the-sky. And true, some might not play out as expected. Some miners turn to decommissioned nuclear power plants to run their operations instead of renewables, and that’s a problem. Too many people are caught up in the buzz of crypto investing and the lofty sociopolitical crusade to notice the real problems the industry faces.

But let’s not forget the real debate here. In relative terms, bitcoin barely uses any energy, and that energy increasingly comes from and helps incentivize clean sources. Cryptocurrency is easy to pick on when the important work in mitigating climate change isn’t being done.

Is debate bad? Absolutely not. We need debate, just not the kind that’s driven by uninformed narrative-spinners whose hot take on tech is only received because they work for mainstream media.

Thank you for all those bloggers, those modern cypherpunks, those decentralizers that helped me write this piece. Especially Nic Carter, Lyn Alden, and Ryan Selkis - your clarity is inspiring.